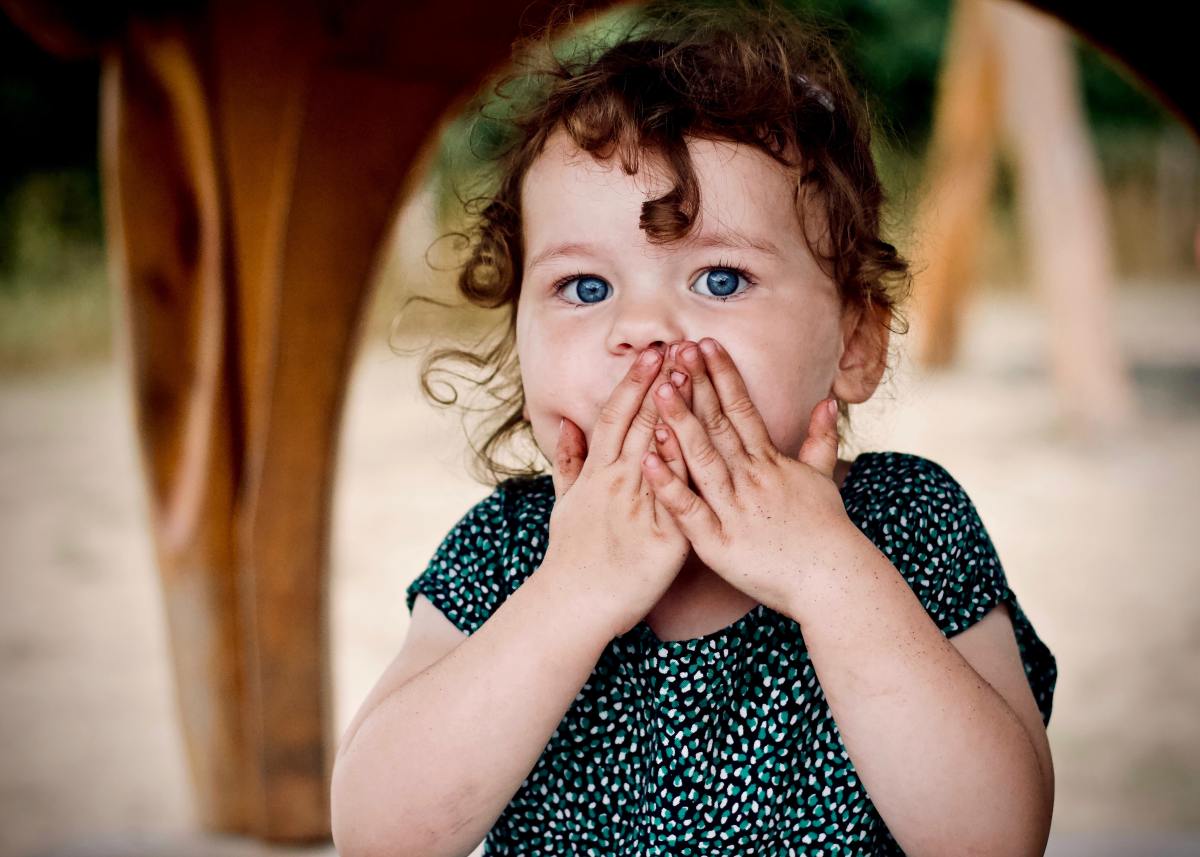 To listen to this topic, check out this podcast.

I remember getting into an argument with a Board Certified Behavior Analyst (BCBA) about planned ignoring online.

I argued that planned ignoring is unethical because it requires the therapist to withhold attention to gain compliance, which doesn’t address the underlying emotions driving them to seek that attention. It is inherently manipulative.

They replied with the one tactic that is my biggest pet peeve, almost universal among BCBAs that haven’t deconstructed and examined their practice.

She said the same thing I did in nicer, fancier words.

I’ve encountered this again and again. When Applied Behavior Analysis (ABA) therapists feel cornered, they often use ABA jargon to try to escape the moral dissonance. They usually assume that their opponent doesn’t know ABA terms and will agree with them when they explain it in the “correct language.”

And they’re right. Typically the people they’re arguing with don’t know ABA terms. This gives them the upper hand by placing it in a language outside the average person’s knowledge.

It also allows them to disengage. In fact, it’s a pervasive form of moral disengagement throughout our lives and is called euphemistic labeling.

Euphemistic labeling is just one of 7 tactics that Albert Bandura, famously known for social learning theory, came up with to describe how humans justify committing morally abhorrent actions.

His theory was devised to help explain how mass genocides and other similar actions happen. However, he specifies it can be applied to any action where we are distancing ourselves from moral dissonance.

Moral disengagement results in harm to others as a result of your actions. That’s why it’s absolutely critical ABA practitioners examine their own moral disengagement and challenge why they are engaging in those behaviors.

Notice your gut reactions to the examples below. If you find yourself wanting to defend them, you may want to critically examine your own defenses.

The easiest way to understand moral justification is “the ends justify the means.” The reasoning is that since the immoral action has the purpose of helping the individual or surrounding individuals, it’s justified.

Having experienced unethical ABA, I saw this frequently.

The important thing to remember with these examples is that most harm in therapy is avoidable, and therapists have a moral responsibility to use tactics that do not cause damaging effects. This may include referring a client out, using a less restrictive or aversive treatment, or considering a multi-modal approach that regards the client’s level of distress and the long-term effects.

Some examples of this I’ve seen are:

“We had to use aversives to stop extreme maladaptive behaviors like self-harm and aggression.”

“It’s expected he’ll go through an extinction burst right at the beginning. It’s okay that he has more meltdowns because he’ll be better off in the long run.”

“They can communicate now! We gave them that. It couldn’t have been all that bad if they can now express themselves.”

Can you think of any examples you’ve seen in others? What about in your own practice?

Euphemistic labeling is renaming an action to make it more palatable.

The example in the intro is one. Some others I’ve seen are:

“Pairing is not love bombing. We shower the kids in reinforcement to pair us as the reinforcer and place demands the kid already knows. Later we withhold reinforcement for new behavior after the kid sees us as a reinforcer.”

“It’s not restraint. It’s a tight hug or holding a child.” (I’m not exaggerating, I’ve heard this one)

“ABA isn’t punishment-focused anymore. Instead, we increase the value of reinforcers by withholding the item until the appropriate behavior is displayed. It’s rewards focused.”

The knee-jerk reaction to hearing terms such as love-bombing, manipulation, or abuse is to recoil. No one wants to think of themselves as manipulative, especially when they aim to help children.

That doesn’t mean that manipulative actions can’t happen under the guise of science. After all, there are plenty of examples in the scientific community of harmful actions presented in sanitized language.

A helpful exercise is to break down what you’re doing in plain language without using ABA terms. Put it in terms like you were seeing a cognitive therapist. Would you be comfortable in a therapy session where your therapist did the action you’re doing? What if a teacher did this at school to your child?

Another good test is whether you would be comfortable with your action being published for others to read. What if it was by published by an autistic advocate and not a colleague?

An advantageous comparison is comparing one action to a worse action to make it seem better. Countries often do this to justify wars – we’re saving the people by intervening; it’s much better than the horrible state they currently live in.

Some examples of how this shows up in ABA:

“ABA was horrible in the past. It’s much better now.”

“ABA isn’t abuse. It’s not like we’re hitting kids or screaming at them.”

“Her last center just let her go the whole day without feeding her. This is much better!”

“Sure, most BCBA programs don’t have an autism education course, but therapists are allowed to assess mental health conditions after only one class.”

Just because the actions are being compared to a worse or equivalent scenario doesn’t mean current interventions aren’t harming the individual.

This fallacy is better known as an appeal to authority. The person claims they were “just following orders” to create distance from their actions. The infamous Milgram experiment comes to mind.

This is especially prevalent for Registered Behavior Technicians (RBTs), whose whole job is to follow the plan set out by the BCBA. What happens when that BCBA creates an unethical plan?

“I’m just following the directions of the BCBA/clinical director.”

“I’m just acting in accordance with the BACB standards of practice. If they say that what I’m doing is ethical, it must be.”

This is seen prominently with the well-beaten drum of “Not all ABA.” Almost anywhere you go where there is critical information about ABA, an ABA practitioner pops up like you said Bloody Mary three times in a mirror to comment that their practice is different.

When you say “our practice is different” what is the goal? Are you putting distance between yourself and the perceived bad ABA? It stops you from considering how your own practice may have similarities.

Let’s assume you run the field’s most ethical, gold-standard practice. Who then is responsible for closing unethical clinics down? Is it the BACB? The clinical director?

Indeed, the clinical director believes what they’re doing is right, and the BACB isn’t going to do anything if no one is holding that clinic accountable. Your reaction shouldn’t be to tell someone you’re not like that. It should be to hold those clinics accountable.

You cannot claim your field is ethical if you allow unethical practices to exist by distancing yourself.

Judge Rotenburg Center (JRC) is an excellent example of this. Every ABA practitioner must hold them accountable by removing membership in organizations that support them (like ABA-I), mass reporting to the BACB, and joining legislative bans against torture.

Yet, many ABA practitioners are set on saying “not my practice” or “that’s an exception” when electric shocks are brought up as modern use of punishment in ABA.

“Where everyone is responsible, no one is really responsible.” – Bandura.

This title is pretty self-explanatory. This is when individuals minimize or ignore the harm their actions have caused.

This is very common when behaviorists disregard the real harms that individuals that went through ABA say they experienced.

One tactic is using a broad brush to paint those against ABA as “histrionics,” exaggerating, or misinformed.

ABA is the product of many systemic issues, so tone policing is a weapon to silence those with less power. If an autistic person is too direct (what, autistic people are direct?) with their hatred of ABA, if they don’t know the correct terms, or if they display emotionality, they are often dismissed as radical, reactionary, or the “anti-ABA crowd.”

How do you feel when you hear about “the anti-ABA movement”? Do you think they are overreacting? This is your call-in to examine that.

Dehumanization sees the person as sub-human and/or deserving of a harmful action.

One of the most significant ways this shows up is the prevalence of ableist language in ABA. Things like functioning labels (calling clients low-functioning or high-functioning) or Asperger’s (specifically in the U.S. and other countries where this is no longer a diagnostic standard). Other ways ableist language exists is the use of the puzzle piece or participating in #lightitupblue, using terms like non-verbal in place of non-speaking, person-first language (person with autism) or “mental age” (i.e. they’re 30, but their “mental age” is 10).

Some therapists may read the above list and instinctually feel defensive of these practices. After all, many of the things I listed are common in medical/academic circles and among parents. Often the first people parents interact with after diagnosis are therapists, so the language follows suit.

This shows how fundamentally disconnected the ABA community is from the autistic community. The reason the language above is not preferred is that it causes dehumanization. Individually, some autistic folks prefer some of these terms, but the community has clear preferences. Language and the preference of the affected community matter.

Other ways this shows up is speaking about clients as if they aren’t present, denying internal experiences (not considering emotions or other motor/neurological conditions), and regarding autistic adults that can communicate as inherently different than autistic children.

This can also show up in ways of practice like emphasizing the importance of acting typical through goals like “appropriate play,” and not gaining the necessary education to understand autism and its associated conditions.

Avoiding dehumanization requires listening to autistic voices, not to defend your position but to understand where we are coming from.

(disclaimer: I have not vetted everyone on these lists, this is a starting point)

How in your practice are you utilizing disengagement? If you can’t think of any, can you recall any your colleagues have used? What are the results of morally disengaging?